Book Event: Around About Books on Oct. 1 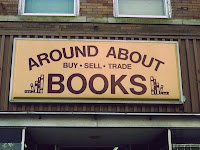 Around About Books is having a Ten Year Anniversary/Halloween all Day Event. In addition to games, snacks, huge sales and drawings and more, 31 Authors will be in attendance, talking about genres, books and writing, and signing copies of their novels.

Labels: Around About Books, Book Signing

The End of a Good Thing: Myles' Pizza Pub in BG Closing 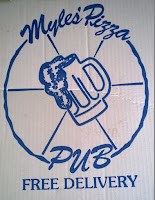 Anyone who graduated from BGSU would know of this fine pizza establishment. In my opinion (matching that of countless others), the best pizza ever.

Visited often while attending college, and have returned whenever possible since.

Cover Reveal: The Glory of the Stars by Angie Lofthouse 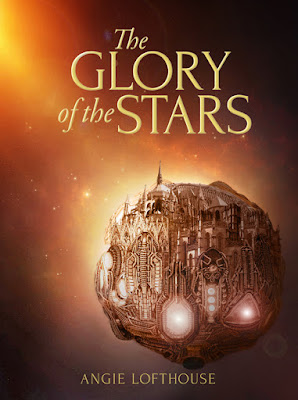 On the vast generation ship, the Kingdom of Heaven, President Jeremiah Black’s word is law. It is doctrine. It is the voice of God.

400 years ago, the First Families boarded the Kingdom of Heaven to leave behind a wicked Earth and find a new home where they could build Zion—on a planet they named Canaan, a place the ship wouldn’t reach for a thousand years. Only their descendants would see this new world. But after so many years, conditions on the Kingdom of Heaven are much different from what those First Families had planned.

When Nephi Packard of Telestial Deck runs afoul of President Black and his High Council, he learns the hard way why Leftovers like him don’t mingle with the Celestials. While recovering from his harsh punishment for violating the rules with Black's own granddaughter, an archangel appears to Nephi, and a calling to restore the true gospel to the Kingdom of Heaven turns Nephi’s life upside down. Now, armed with the word of God, Nephi and his friends from Telestial Deck must bring light, truth, and freedom to the citizens of the Kingdom of Heaven without getting cast out of the ship into Outer Darkness for heresy by President Black and his Celestials.

The Glory of the Stars is a testament to faith, courage, and the power of God.

Link for more information:  http://www.angielofthouse.com/
Posted by Terry W. Ervin II at 6:14 AM No comments:


I came across this article (link here)  which included a brief, blurry video of what is suggested to be a Thylacine in South Australia in February of this year.

Hard to tell for sure from the video, but it's interesting, and sparks a bit of hope that the animal isn't yet truly extinct.

Here's a direct link to the video: