Came across this article by Steven Brust, where he discusses how Roger Zelazny's writing changed his life, influenced his desire to write.

Link:  Five Roger Zelazny Books that Changed My Life by Being Awesome

The thing is, both of those authors (Zelazny and Brust) have influenced my writing (and decision to write) 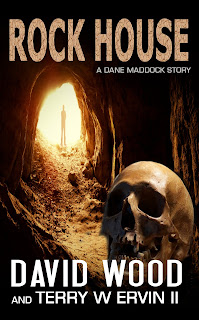 To be released the 2nd week in February, Rock House is a novelette co-authored with David Wood.

It's set in the Dane Maddock Universe (a new Kindle World's release).

Well, I decided to actually cook what I imagined it to be, with an eye toward making it more palatable, by using better quality ingredients, clean cooking pots and utensils, and not re-heating day after day, adding water to stretch it.

Reviewing my notes on the novels, I determined what would be available to the One-Eyed Pelican's cook, and what such an establishment might use (of what's available).


Cook under low to medium heat, with a lid on the pot, for two hours and fifteen minutes, stirring occasionally.


Serve in bowl (Flank Hawk ate the soup with stale bread and bitter ale--I'd suggest choosing your own accompanying food and drink).

Commentary:
I actually enjoyed it. A little on the salty side. My daughter said it was okay, but not something she'd order. My wife thought it had too fishy of a taste, maybe more mild of fish would make it better.

Post Cooking Observations:
I would've preferred using a turnip in place of a beet, but really, the Pelican's cooks would use whatever is on hand. I also would suggest using 2 turnips (or beets). I'd hoped it would've been a little more red in color, but neither the beet nor the tomatoes carried the day. In truth, the Pelican's cook would use some sort of grease from other food cooked, instead of butter or olive oil but, again, I wanted to make it palatable.


Well, I've begun the writing of the third book in the Crax War Chronicles, with the working title Relic Shield.

That may or may not remain the title, but having one offers focus for the project. 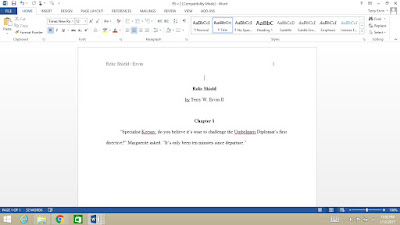 Closing in on 1 Million Words

With six novels and one short story collection published, I am closing in on one million words in print. The current rounded off word total is 866,000.

That's one longish novel away. It might not even be that, if my current project (a novelette of about 18,000 words) reaches publication.