J. Michael Straczynski on the Secret to his Writing


This view of  J. Michael Straczynski's is good for both authors and screen writers, I think: 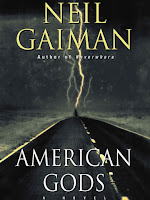 I was listening to America Gods by Neil Gaiman, and a scene with the main character, Shadow, dealing with his own mortality stuck out:


"We do not always remember the things that do no credit to us. We justify them, cover them in bright lies or the thick dust of forgetfulness. All of the things that Shadow had done in his life of which he was not proud, all the things he wished he had done otherwise, or left undone came at him in a swirling storm of guilt and regret and shame and he had nowhere to hide from them…

The examination did not stop. Every lie he had ever told, every object he had stolen, every hurt he had inflicted on another person, all the little crimes and tiny murders that make up the day, each of these things and more were extracted and held by the jackal-headed judge of the dead." --From America Gods, by Neil Gaiman

The quote made me think and reflect, and here are my observations based upon it:

I think there are a  lot of 'what ifs' and 'if onlys' we all have with respect to our relationships with others, especially family and those close to us who have passed.

Over the years I have learned to forgive, and sometimes ask forgiveness (maybe I'll improve with the latter).

My belief is that it will all be sorted out eventually in Heaven, and there, of course, none of it will really matter.

In Memory of Jerry Doyle (from Babylon5MusicVideos)


Jerry Doyle recently passed away. If you didn't know who he was, he was an actor (mainly Babylon 5) and a radio talk show host.

Anyway, here is a video posted, that touches upon the character he played on B5, Security Chief Michael Garabaldi.

The last statement he makes in the sequence, Jerry Doyle speaking himself, seems pretty much on target:

A Memory as a Kid: Stegosaurus vs. Tyrannosaurus Rex


Some Readers here may know that Stegosaurus is my favorite dinosaur. I believe it traces back to one of my earliest memories of dinosaurs, watching Fantasia on our old black & white TV. That led to countless books being read and re-read, staring at the pictures and imagining, and hours upon hours playing with plastic dinosaurs in the back yard. I'd set up scenes in the grass and gardens, putting the various herbivores in herds and in the blue bricks that represented water, and the carnivores stalking out of the deep grass and flowers and weeds.

Watching Fantasia, I remember rooting for the stegosaurus, over matched and fated to lose. Being 4 or 5 years old, I have a vague memory of that time, thinking how brave the stegosaurus was, turning to fight the scary enemy.

The Guild: Do You Wanna Date My Avatar?


A while back I wrote a post about The Guild (link here).

Anyway,  here's a music video that features the characters. Kind of a catchy tune...well, it's moving on toward 26 million views.

Click on it and see what you think...and maybe watch the series. It's on Netflix, or free on Youtube, and you can get it on DVD too.