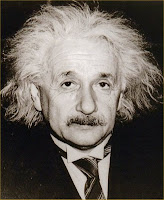 "Do not worry about your difficulties in Mathematics. I can assure you mine are still greater."
--physicist, Albert Einstein (1879 - 1955)
Okay, so why quote a brilliant physicist? I see a parallel between what he said and what is true among writers.
It doesn't matter what level is achieved by a dedicated writer--be it completing the first draft of a manuscript, finding a publisher for a debut novel, or achieving the rank of a seasoned veteran author with a half dozen successful novels published, at each step there are still greater challenges waiting to be tackled.
Posted by Terry W. Ervin II at 12:23 AM 6 comments:

One of the Challenges in Writing Fantasy Short Stories

One thing on every writer's mind as they are planning and writing a short story is word count. In almost every instance the shorter the work, the easier it is to find a market for it. It’s a balance of words, quality, and the story to be told.

In any case, there are more markets that accept 5000 word short stories than 7500 word stories, and even those that indicate they will look at a 7500 piece state it has to be really exceptional to be published. Consider in context what is being said, since I believe all publishers

sift their submission pile for what they believe are exceptional stories. The longer the story, the higher the hurdle for it to reach publication.

Now consider writing a fantasy story. The writer has to introduce the reader to the created world, explaining ‘how it works differently’ as compared to the reader’s mundane, everyday world. The world building has to be packed within the context of the story, keeping it moving forward. Tell the readers just enough to make sense, enabling them to understand. Allow the reader fill in some of the blanks where ever possible.

An example to illustrate: A writer doesn’t need to explain how bug spray works (and its limitations) on a cockroach menace. The average reader can see the landlord in his mind’s eye removing the cap, pointing the can and pressing down on the nozzle, while avoiding inhalation of toxin. But a writer of fantasy may have to explain how a net stung with iron beads might be used by the royal gardener to snare the little fairies that have been stealing the blooming royal snapdragons.

In both examples the character is trying to get rid of pests, but the former dealing with the cockroach infestation would require fewer words than the latter dealing with the fairy menace. Maybe it would only require thirty words spread over a few sentences, but that adds up quickly when considering a word count limit of 5000. Why include the episode about the iron affecting magical creatures? Maybe it’s a way of establishing the rules or laws of that world for when a larger, more dangerous magical foe comes into conflict with the protagonist—so that the full explanation isn’t necessary, possibly right in the middle of intense action.

Maybe that’s part of what interests readers of fantasy, the discovery of new worlds and creatures, and how they interact. But there’s more than just how the fantasy world differs from the reader’s everyday experience. The story also has to include characters the readers want to follow through their interactions and adventures. And creating characters and telling the action of the story takes words too—if at all possible everything tucked nicely into the 5000 word (or less) box.

And that’s at least one thing that provides an additional challenge when short fiction with in fantasy setting.
Posted by Terry W. Ervin II at 8:53 AM 5 comments:

I came across two articles that I found interesting.

The first is a bit long but author Jeaniene Frost really goes into great depth about e-book piracy, including the shaky claims of why those who participate think it's perfectly okay, and the ramifications to authors and publishers. As an author, this issue is one that I follow.
Deadline Dames: E-book Piracy

The second is a NY Times article on a young author whose debut novel was released to wonderful literary acclaim, until it was revealed that she lifted some of her material from other sources. Then she called it 'mixing' and not plagiarism and claimed it's okay. Even a book fair, aware of the plagiarism charges still moved forward to making the work a finalist for one of its awards. I find the claim of 'mixing' not being plagiarism weak and the action of the book fair somewhat disturbing.
NY Times: Author, 17, says It's 'Mixing,' Not Plagiarism
Posted by Terry W. Ervin II at 10:56 AM 3 comments: 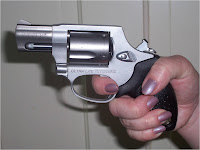 All too often I’ve come across writers working on a first novel involving a character carrying and using a firearm, and they (both the author and the character) simply refer to it as "a gun" and "my gun. "

Sure, it depends on the context. A steamy romance where the main character comments that she keeps a gun in her desk drawer just in case is different than a hard-boiled mystery where a police detective ventures into inner city neighborhoods every day packing heat.

In the context of some stories, writers don’t even narrow the gun used to a revolver, hunting rifle or shotgun, but they write as if the individual is competent, if not an expert with the firearm they’re using.

Quite often, upon asking a writer whose manuscript I am reviewing what type of firearm the character used in a particular scene, the response often is, “I don’t know.” That is usually followed up by, “I don’t really like guns,” or “I don’t know the first thing about guns.” Then they ask, “Does it really matter?”

I think it matters. The limitations of a firearm based on the caliber or the effective range makes a difference. Can it be carried concealed and if so, where and how will that affect the character’s wardrobe? Failure to incorporate such basic knowledge could annoy, if not turn off, an entire segment of an author's the potential reading audience.

Does the writer have to own or be an expert in firearms to include them in their fiction? Absolutely not. But an author, for example, who researches in great detail the layout of a city where the novel’s action takes place shouldn’t brush aside proper research on the firearms intimately involved in the novel’s action.

Online research is a good place to get the basics. Visiting a local gun store with questions will often net in-depth answers. An uncle that’s hunted whitetail deer every fall since he was twelve could provide enough details about how a shotgun works, its recoil, types of shells, strengths and limitations to enable the prose to be both authentic and accurate. In my experience it’s a rare instance where someone balks at helping an author with content in an area where he or she is experienced and knowledgeable.
A little research effort can pay great dividends in the depth, quality and authenticity of a writer's manuscript.
Posted by Terry W. Ervin II at 11:48 AM 2 comments: 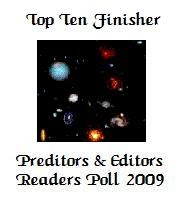 What Character Are You? 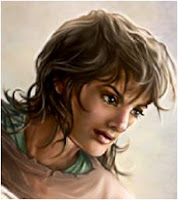 With the assistance of a long-time friend (John Burian) who knows tons more about computers and programming than I do--or ever will, together we recently added a feature to my website:
What Character are You in Flank Hawk? 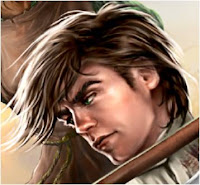 Are you most like Road Toad, Grand Wizard Seelain, Lilly, Pops Weasel, or more than a dozen other characters in Flank Hawk?

Click on over, answer a short list of multiple choice questions and find out.
Give it a shot and let us know.
Posted by Terry W. Ervin II at 9:14 PM 16 comments: